Overview of the Burton Awards

The Highest Standard of Excellence in Law

For the past 22 years the national, non-profit awards program has recognized excellence in law. From the outset, the effort has been devoted to rewarding excellence and encouraging perfection in law. The program is honored that:

The program is proud that:

In the past, the selection panels have included professors from Harvard Law School, Stanford Law School, University of Pennsylvania Law School, Berkeley Law School, and Michigan Law School. Each year, the guests include federal court judges, general counsel from the finest corporations, officers in the military, law school deans and professors, and partners in the largest and most prestigious law firms.

The judges of the awards include leading law school professors, members of law firms, and outstanding leaders in law who all contribute their time and talents to support the legal profession.

The Burton Foundation is a volunteer, not-for-profit academic and educational organization concentrating on recognizing and rewarding major accomplishments in law. It defrays the costs for the programâs judges, winners, speakers, noted guests, and students who attend the awards program.

William C. Burton is a partner at Sagat|Burton LLP, New York. He is the Founder and Chairman of the Burton Awards Program. He has served as a New York State Assistant Attorney General and an Assistant New York State Special Prosecutor. For fifteen years, he was the Director of Government Affairs for Continental Insurance, then one of the largest international insurance companies. He is the author of âBurtonâs Legal Thesaurus,â the first and only reference book of its kind written for the legal profession. The book is now in its sixth edition. When it was published forty-one years ago, Mr. Burton was given a prestigious award by the Association of American Publishers which declared the book âOne of the most Creative and Innovate Projects of the Year.â In 1999, Mr. Burton created the Burton Foundation and established the non-profit Burton Awards Program with the initial goal of encouraging clear and comprehensive legal writing and rewarding other monumental achievements in law. In 2010, Mr. Burton was awarded the prestigious Golden Pen Award by the Legal Writing Institute, the second largest organization of law professors in the United States with 3,000 members. The honor was given for his advocacy and impact on legal writing. Later in 2011, he was presented the âBlackstone Awardâ by the Friends of the Law Library of Congress for embodying and promoting the best ideals of the venerable institution. He was a Legal Reform Award recipient from the U.S. Chamber Institute for Legal Reform in the fall of 2017. In 2022, Mr. Burton was selected as a member of the Hofstra Law School Hall of Fame. The Law School selected its top 50 graduates on celebrating its 50th Anniversary. He is also the recipient of the 2022 Lifetime Achievement Award from the American Society of Legal Writers comprised of more than 2,700 jurists, professors and practitioners. The award was previously presented to U.S. Supreme Court Justices Antonin Scalia, Ruth Bader Ginsburg, Paul Stevens, and Stephen Breyer, and other prominent award winners.

The master of ceremonies was Paul Duke, Moderator Emeritus of the television show, Washington Week in Review. As an honored guest, Deputy Director Annetta Cheek, of the Vice Presidentâs National Partnership for Reinventing Government, spoke of the importance of legal writing reform. 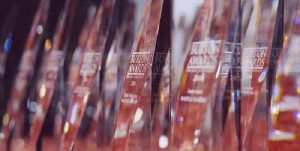