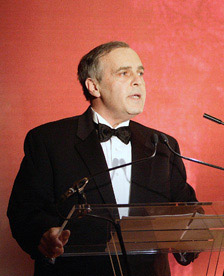 William C. Burton is a named partner in the law firm of Sagat|Burton LLP, New York. His practice is devoted to lobbying at the federal and state levels. He has served as a New York State Assistant Attorney General and an Assistant New York State Special Prosecutor. For fifteen years, he was Director of Government Affairs for Continental Insurance in New York City. He is the author of Burton’s Legal Thesaurus, which received an award from the Association of American Publishers for innovation when it was published. In 2011, Mr. Burton was presented the “Sir William Blackstone Award” by the Friends of the Library of Congress for his dynamic leadership. In 2010, the second largest association of law professors, the Legal Writing Institute, named him the winner of the “Golden Pen Award” for furthering the best causes of legal writing. He was named as a Legal Reform Award recipient from the U.S. Chamber Institute for Legal Reform in the fall of 2017. Mr. Burton was also the recipient of the 2022 Lifetime Achievement Award from the American Society of Legal Writers comprised of more than 2,700 jurists, professors and practitioners. The award was previously presented to U.S. Supreme Court Justices Antonin Scalia, Ruth Bader Ginsburg, Paul Stevens, and Stephen Breyer, and other prominent award winners.